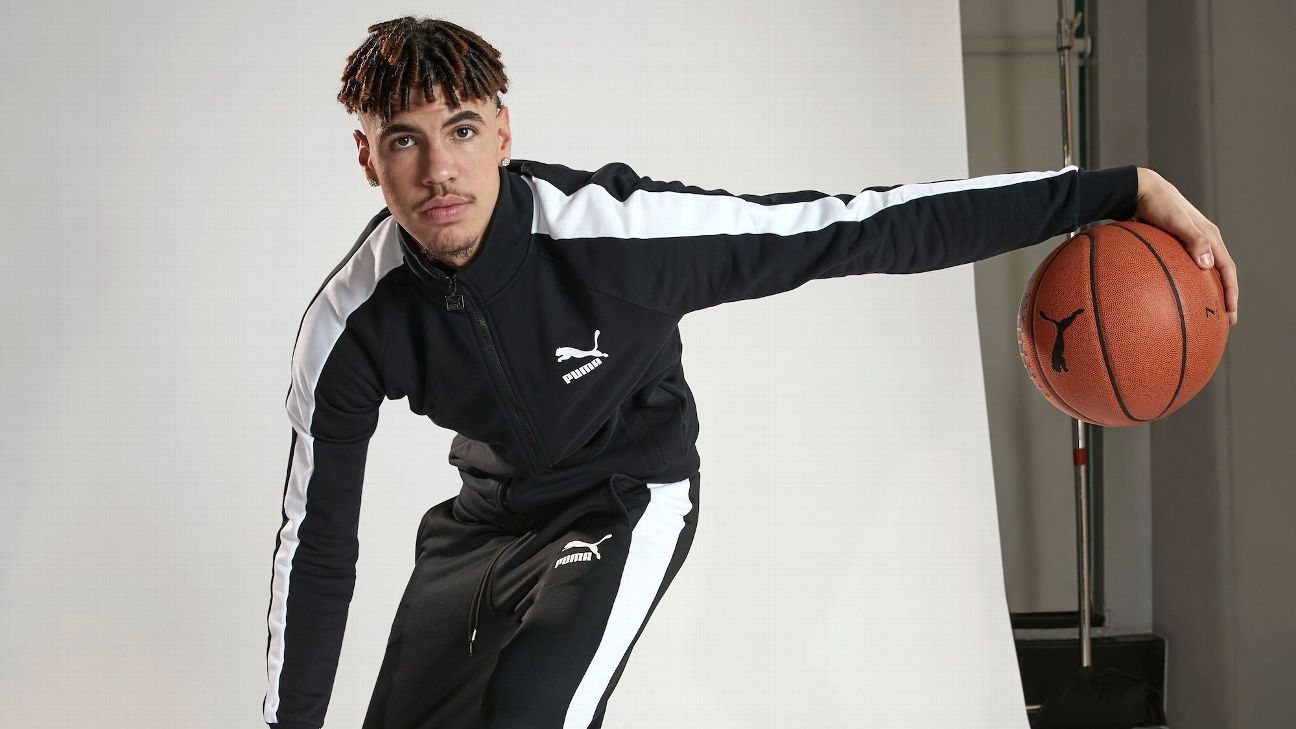 In advance of the 2020 NBA Draft, top prospect LaMelo Ball has signed a multi-year shoe deal with Puma, immediately becoming a key face of the brand at just 19 years-old.

“I am really excited to be joining the Puma family,” said LaMelo Ball. “I believe the brand is the perfect partner for me because Puma will allow me to just be myself. I want to be 100-percent authentic, whether that’s playing basketball or showing off my personal style and that’s what I want to do with Puma.”

Unlike other basketball phenoms entering this fall’s NBA Draft after playing as amateurs at the NCAA level, Ball has already been a featured endorser for a company. At 16, he launched his own “MB1” signature shoe with his family’s Big Baller Brand, before playing professionally in both Lithuania and New Zealand.

The signing likely marks an end to BBB’s prospects as a footwear company, with the youngest son LaMelo and older brother Lonzo Ball now moving on. Lonzo, who remains a sneaker free agent, recently switched agent representation and will now begin the process of landing his own footwear endorsement deal.

Dubbed “the most talented prospect” in the upcoming Draft by ESPN draft analyst Mike Schmitz, LaMelo Ball’s first product capsule with Puma will release on November 18th to coincide with the league’s shifting timeline of its annual Draft.

At 6’7″, Ball has shown a penchant for passing and playmaking on the floor, while growing his social media following to over 5.6 Million on Instagram, where he often highlights his off-court style. Athletic brands have circled him for several years as the most marketable player in his class.

“LaMelo’s physical gifts and dynamic play on the court, as well as his unique sense of personal style, make him a natural fit for Puma,” said Adam Petrick, Global Director of Brand and Marketing at Puma. “We are thrilled to add him to our roster of talented athletes and at just 19 years old, we can’t wait to see his impact on the broader culture surrounding basketball.”

As Puma continues its push into basketball after re-launching its hoops category in 2018 after a nearly 20-year hiatus, Ball will join a growing list of Puma endorsers in the NBA. The company also features deals with last year’s #3 draft pick RJ Barrett of the New York Knicks, Denver Nuggets forward and bubble standout Michael Porter Jr., Los Angeles Lakers forward Kyle Kuzma and nearly a dozen others.