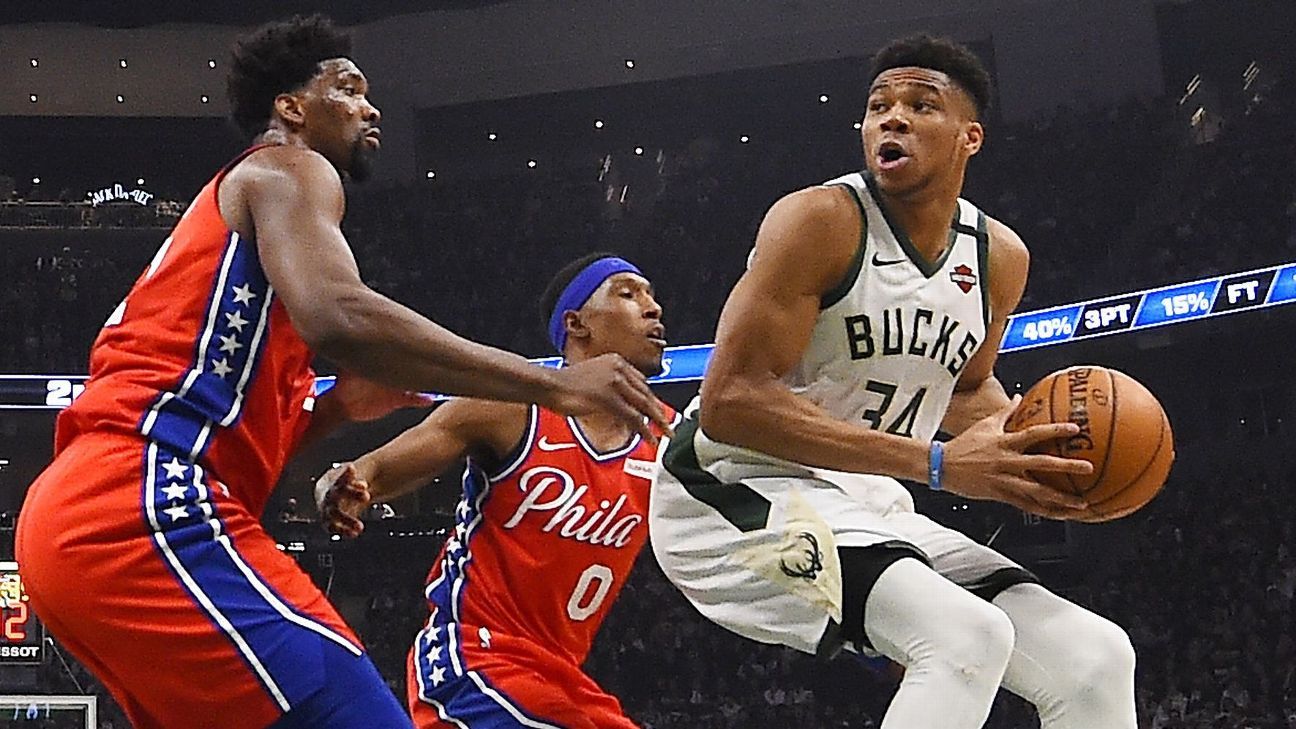 This NBA offseason is full of decisions that could impact the hierarchy of the league for years to come.

Will back-to-back MVP Giannis Antetokounmpo hold off on signing a supermax extension with the Milwaukee Bucks? Will the Golden State Warriors keep or trade the No. 2 overall pick in November’s draft? Will the Brooklyn Nets deal for a third superstar to play alongside Kevin Durant and Kyrie Irving?

We asked our ESPN Forecast panel about five of the biggest offseason storylines.

MORE: Where the real power is held this offseason

Which path will Giannis choose?

For most of our panel, the choice seems clear: Giannis Antetokounmpo should and probably will wait a year to decide whether to sign a supermax contract to stay with the Milwaukee Bucks.

The Bucks posted the NBA’s best record for the second-straight regular season but again fell short of the Finals. After their elimination, Antetokounmpo said, “Hopefully, we can build a culture in Milwaukee for many years [and] come out here and compete every single year for a championship.”

But he didn’t say that he was ready to sign a five-year, $220 million extension.

Will he ultimately ask for a trade, à la Anthony Davis in New Orleans? Or will the Bucks get the answer they want? Either way, we might have to wait until 2021 to find out.

What should Antetokounmpo do?

What will Antetokounmpo do?

MORE: How 11 teams can try to land Giannis

Will it be the Warriors picking at No. 2?

The Golden State Warriors hope their lottery detour was a brief one, but it did yield the No. 2 pick in the draft.

We asked the panel what the Warriors should do with that valuable pick, and a majority endorsed a “win now” approach for the team that took three of the past six NBA titles. Also relevant: Stephen Curry, Klay Thompson and Draymond Green are already 32, 30 and 30 years old, respectively.

The vote was far from unanimous, as a large minority of the panel thought the correct “light years” move would be looking to bring in a top draft prospect to build for the future. Of course, that draft pick would be eligible to be traded, along with Minnesota Timberwolves‘ 2021 first-round pick held by the Warriors, so the story of Golden State’s trip to the lottery still has chapters to be written.

What should the Warriors do?

What will the Warriors do?

Will Chris Paul be in a Thunder uniform next season?

The Thunder parted ways with head coach Billy Donovan last month, signaling what could be the beginning of a full rebuild in Oklahoma City. Will All-Star point guard Chris Paul be the first domino to fall?

Our panel thinks so, with the majority agreeing that OKC should and will move the future Hall of Famer this offseason.

Paul’s contract might play a part in why a handful of other panelists think CP3 will remain in a Thunder uniform next season. Paul is owed more than $41 million in 2020-21 and more than $44 million in 2021-22, which makes him one of the most difficult-to-trade players in the league.

What should the Thunder do?

What will the Thunder do?

MORE: Which direction is OKC headed?

Is Brooklyn’s third star already on the roster?

In a fascinating split, our panel predicts the Brooklyn Nets will make a big trade for a third star — but should instead give their current trio of Kevin Durant, Kyrie Irving and Caris LeVert a chance.

Our panel suspects they will. In his column on Tuesday, Kevin Pelton explores the reasons why LeVert might not be an ideal fit and which stars the Nets might pursue.

What should the Nets do?

What will the Nets do?

MORE: Why the Nets are a team to watch in trade season

After being swept in the first round inside the playoff bubble and the subsequent firing of coach Brett Brown, the Philadelphia 76ers headed into the offseason full of questions. The franchise answered one of them earlier this month when it named Doc Rivers as the new coach. Now the spotlight shifts to whether Philadelphia will make any big changes to its roster this offseason.

Our panel is nearly split on whether the 76ers should do it, but the majority agrees that Philly will ultimately see what Rivers can do with its star core intact for the 2020-21 season.

What should the 76ers do?