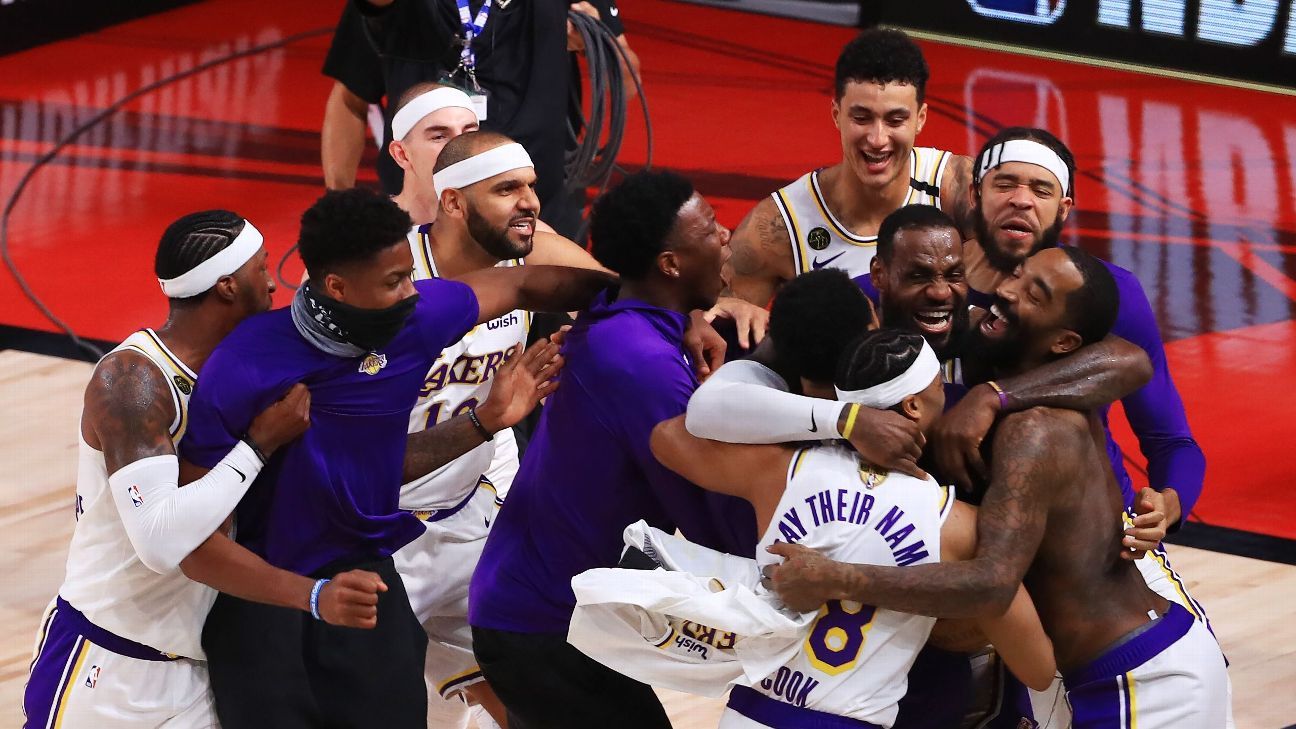 With the Los Angeles Lakers just coming off having won the NBA championship on Oct. 11, Danny Green doesn’t expect LeBron James and some of his other veteran teammates to be on the floor every night if the new season begins on Dec. 22.

“If we start in December, I think most guys [are like], ‘I’m not going to be there,'” Green told The Ringer NBA Show podcast on Monday. “If I had to guess, because we have a lot of vets on our team, it’s not like we have a lot of young guys or rookies … to have that quick of a restart, I wouldn’t expect see [LeBron] there. I wouldn’t expect to see him probably for the first month of the season. He’ll probably be working out with us … but I just don’t expect guys to want to be there, or show up willingly.

The NBA shared plans for a pre-Christmas Day start and a 72-game regular-season schedule in a call with the league’s board of governors last Friday, and the league plans to move quickly to complete negotiations with the National Basketball Players Association to implement the plan, sources told ESPN.

Other changes include a play-in tournament and the likelihood of no All-Star Game or All-Star Weekend in Indianapolis, sources said. The league is considering a two-week break at the midway point of the season, sources said.

Green, 33, wasn’t the only Lakers player to suggest that they would rest by either sitting out games or playing fewer minutes if a late December start date is approved.

“The show will go on, just don’t cry a river when stars sit out TV games … esp Top teams that played a longer full season,” Jared Dudley, who is a 35-year-old free agent after winning a ring with the Lakers, tweeted Monday.