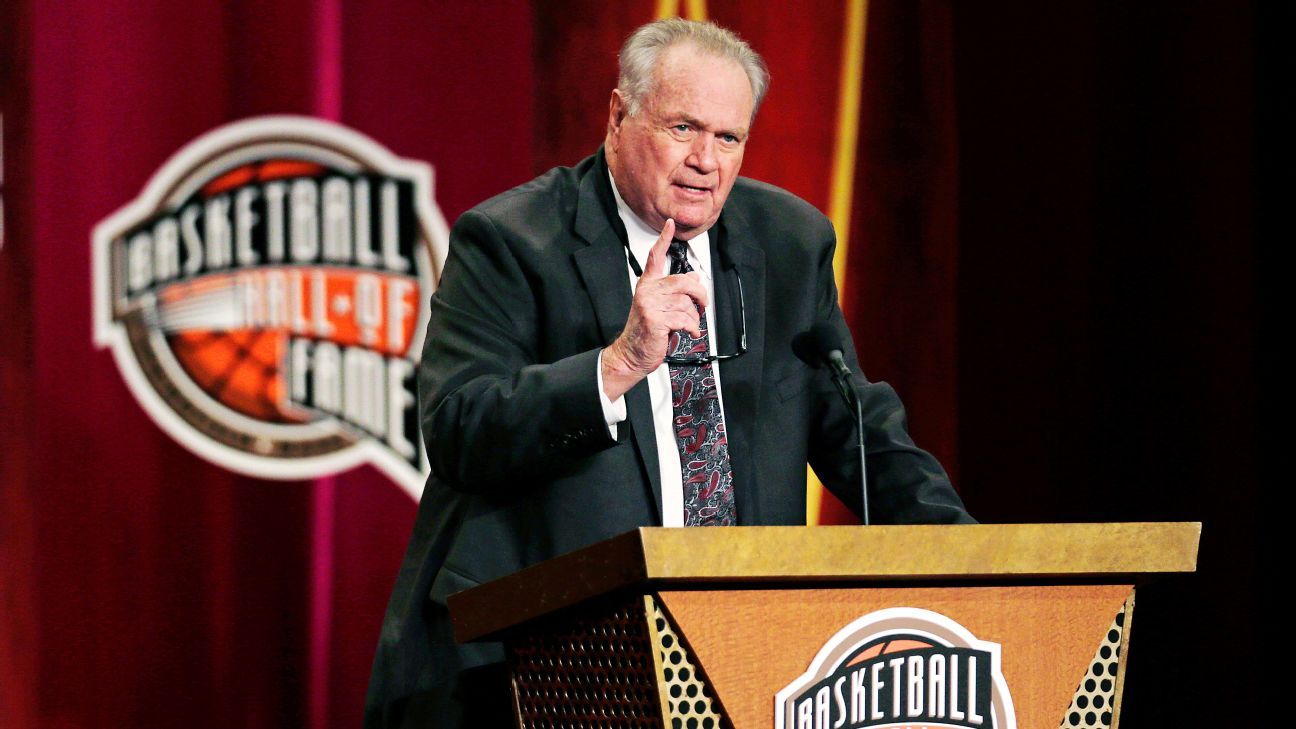 Two-time Hall of Famer Tommy Heinsohn, who won 10 NBA titles over his 20 seasons as a player and coach for the Boston Celtics, has died. He was 86.

Heinsohn, who may be just as well known for his decades as a color commentator for the Celtics, spent his entire professional career in Boston, winning eight titles — including seven straight from 1959 to 1965. The six-time All-Star was also the 1957 Rookie of the Year and a four-time All-NBA second-team honoree.

Following a three-year gap after his playing career ended, Heinsohn coached the Celtics from 1969 to 1978, leading Boston to titles in 1974 and 1976. He accumulated a career coaching record of 427-263; his win total remains the second most in Celtics history, trailing only Red Auerbach’s 795.

Heinsohn was inducted into the Naismith Memorial Basketball Hall of Fame as a coach in 2015. Along with his Hall of Fame honors as a player in 1986, Heinsohn is one of only four people — along with Bill Sharman, John Wooden and Lenny Wilkens — to be in the Hall as a player and coach.

In 1981, Heinsohn, who had previous TV experience, partnered with Mike Gorman to create a Celtics broadcasting tandem that lasted decades. Although Heinsohn’s role diminished over the years, he was still calling home games into the 2018-19 season and working as a studio analyst when the Celtics were on the road.

“For all of his accomplishments as a player, coach, and broadcaster, it is Tommy’s rich personality that defined the man,” the Celtics said in a statement. “A loving father, grandfather, and husband. A talented painter and a lively golf partner. Unofficial mentor to decades of Celtics coaches and players. A frequent constructive critic of referees. Originator of the most “Celtic stat” of them all, The Tommy Point. And a boundless love for all things Boston Celtics, a passion which he shared with fans over 64 years.”

Heinsohn is also in the College Basketball Hall of Fame for his time at Holy Cross, where he became the Crusaders’ all-time leading scorer at the time and still ranks fifth in school history.

NBA trade rumors: Kings have discussed including De’Aaron Fox in Domantas Sabonis deal
After benching, Russ still focused on L.A. winning
The Whiteboard: Power ranking the best backup point guards in the NBA
Under the most difficult of circumstances, Nikola Jokic has never been better
LeBron surges ahead of Curry in All-Star voting