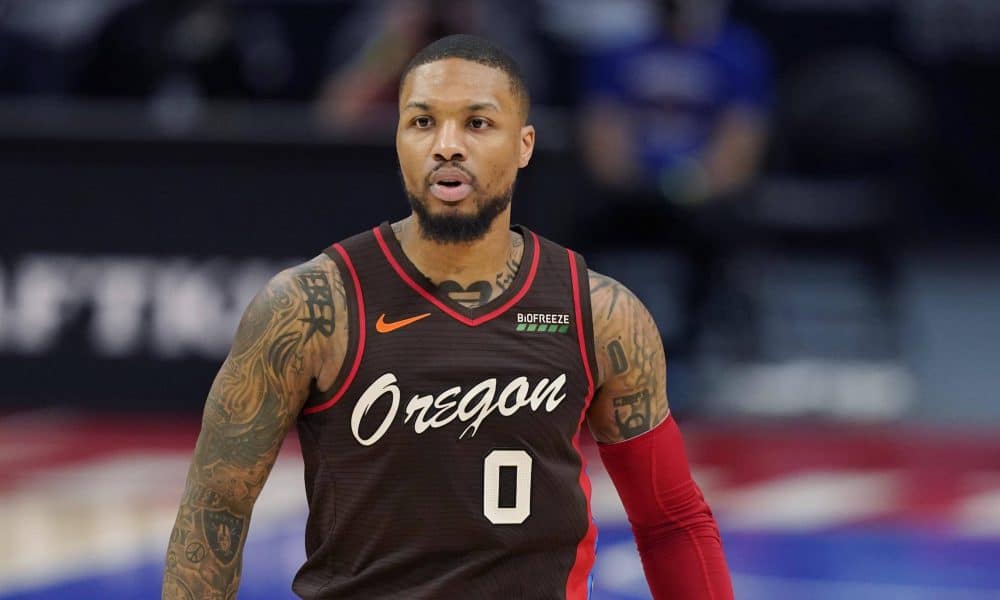 During an Instagram live stream, point guard Damian Lillard said he wants to remain with the Portland Trail Blazers. He said, “I’m not leaving [Portland], not right now at least.” According to oddsmakers at MyBookie, the Trail Blazers currently have the fourth-best odds (+900) of trading for Ben Simmons from the Philadelphia 76ers, ranking behind the Sacramento Kings (+275), Minnesota Timberwolves (+400) and Golden State Warriors (+550). If this trade were to ever occur, Lillard might be involved.

Several weeks ago, fans were wondering if Trail Blazers general manager Neil Olshey would send a first-round draft pick and the six-time All-Star to the 76ers. However, this deal never manifested. Needless to say, 76ers general manager Elton Brand is still asking for a first-round draft pick. In all seriousness, is a trade necessary? Statistically, Lillard played better last season and is the more dependable guard in the postseason. The idea of it alone sounds foolish.

In Game 5 of the first-round playoff series against the Denver Nuggets, Lillard scored a career-high 55 points, finishing also with 12 made threes and 10 assists. Though, Portland lost this game 147-140 in double-overtime. As for Simmons, he averaged 14.3 points, 7.2 rebounds and 6.9 assists in 58 games played last season.

Based on a business standpoint, Portland’s front office would have to demand multiple future draft picks for a trade like this to make a lick of sense. Plus, there was a time in late July both the New York Knicks and Miami Heat were interested in trading for the guard, according to The Ringer’s Kevin O’Connor, but teams have yet to get the ball rolling.

Per Basketball Reference, the 31-year-old guard has a Hall of Fame probability of 90.6 percent. There is a slight possibility that Lillard will retire with the Trail Blazers. The nine-year veteran owes his professional career and basketball success to this team. They selected him sixth overall in the 2012 NBA Draft out of Weber State. Having said this, on the topic of leaving the team, remember that Lillard also recently said, “not right now at least.”