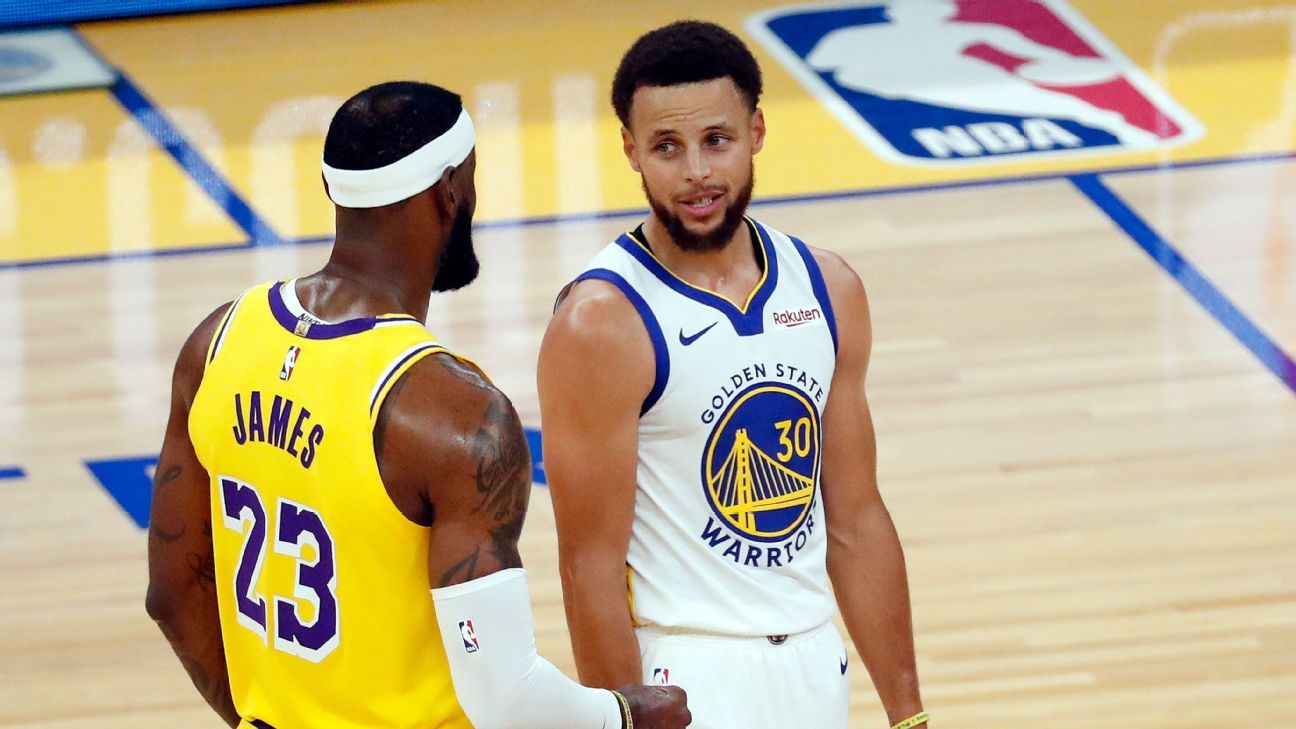 SAN FRANCISCO — Golden State Warriors star Stephen Curry has long been an admirer of LeBron James, but he added an extra layer of praise to his famous foe’s accolades in advance of Friday’s preseason game against the Los Angeles Lakers.

When asked what it’s been like to play against James for so many years at such a high level, Curry, who faced James and the Cleveland Cavaliers for four straight years in the NBA Finals from 2015-2018, acknowledged the greatness he has seen from James for a long time.

“He set the standard for that,” Curry said after Friday’s shootaround, while discussing James’ ability to extend his prime. “Let’s keep it real — what is he, in his 18th year? Nine straight Finals, all the things that he’s accomplished. You have a vision of sustaining your prime for as long as you can, kind of reimaging what that looks like. So you know the work that goes into it, the intentionality, especially in the off-seasons, especially how you take care of your body, your mind. Balance on-court, off-court.”

The 33-year-old two-time MVP started to reminisce about just how long James has been a part of his basketball life. James, who will be 37 in December, started attending Curry’s games while he was still playing at Davidson College back in 2008.

“For me it’s a weird perspective just because I still remember my college days and he was just coming into his prime in the league,” Curry said. “And my sophomore year, [NCAA] Tournament run he came to a game, then came to a game my junior year. This is hilarious. I still have a jersey that he signed back in ’08 in my parents’ house back in Charlotte. So it’s kind of weird to think about what’s happened in the last 13, 14 years.”

As for history with James, Curry couldn’t help but laugh when asked how many times he’s been asked a question about the four-time MVP over the years.

“Who knows what the number is?” Curry said. “But it’s usually a good thing because it means you may have went to nine straight Finals so hopefully it’s him answering questions about your team or vice versa, right?”

Source: Kings exercising option on Haliburton
25-under-25: Gary Trent Jr. at No. 23
Lowe’s League Pass Rankings! Breaking down NBA teams 30-11
NBA season preview: 5 big questions for the Chicago Bulls
Inside the Lakers’ quest to turn a star-studded roster into a championship team