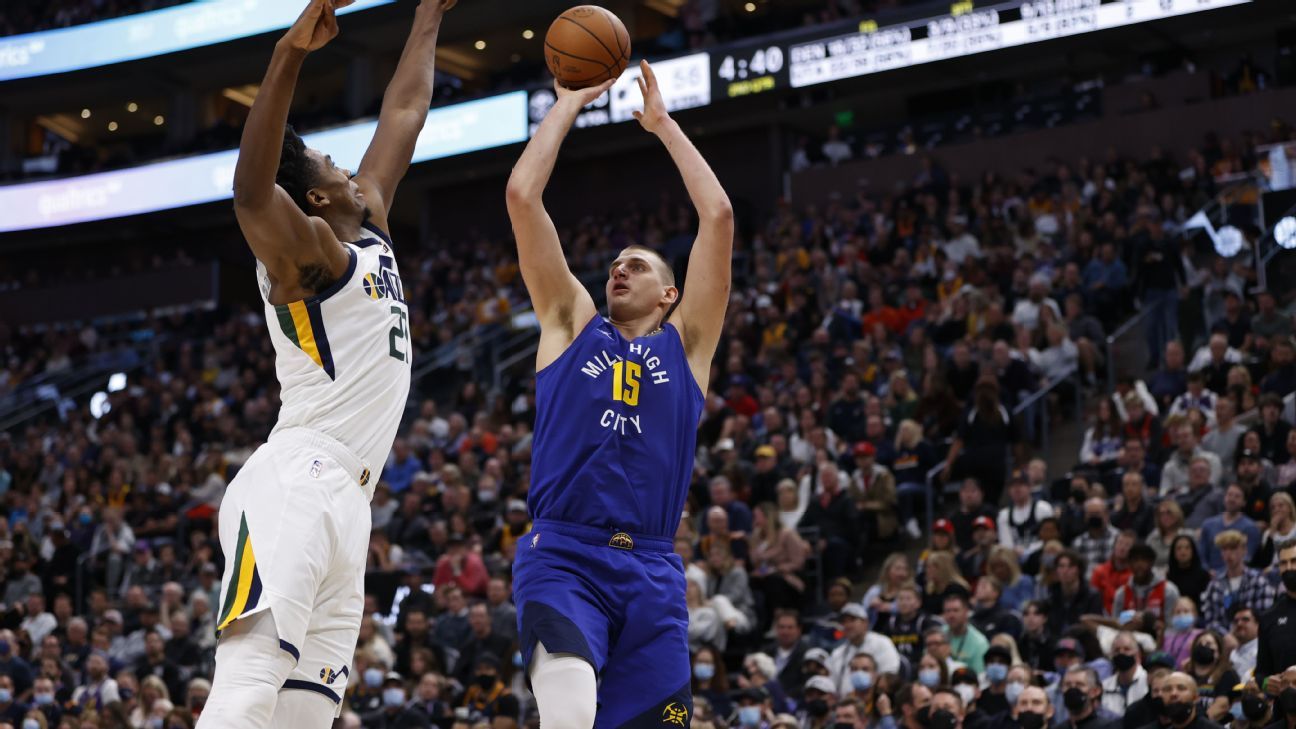 Denver Nuggets center and reigning league MVP Nikola Jokic was ruled out of Tuesday night’s 122-110 loss to the Utah Jazz in the third quarter with a right knee contusion.

Utah’s Rudy Gobert was attempting to drive on Jokic along the baseline in the second quarter when he banged knees with him. Jokic went down almost immediately and was in a great deal of pain as he held his right knee. He left the game with 1:54 remaining in the second quarter.

Jokic was initially listed as questionable to return by the team. After halftime, Jokic was on the court for warmups but did not start the second half. He was later ruled out for the remainder of the contest.

Nuggets coach Michael Malone said after the game he isn’t sure yet if Jokic will require any additional testing on the knee. Malone said he decided to keep Jokic out at halftime when Jokic told him his knee felt a little weak.

There was no sense in risking Jokic’s return, Malone said, especially on the second night of a back-to-back.

The Nuggets are already without star guard Jamal Murray, who is recovering from a torn ACL suffered last April.

Jokic won his first MVP award last season and is off to a hot start. He had 24 points, six rebounds and six assists while making 8 of 9 shots in 15 minutes in the first half against Utah.